Settlement in Sheet Harbour began in 1784 by Loyalist refugees and British veterans of the American Revolution.

Sheet Harbour was named “Port North” on a Royal Navy Chart that was published in 1778. It was decided that “Port North” was not descriptive enough. Its name was changed to Sheet Harbour because of a white, flat rock that looked like a sheet (named Sheet Rock). Sheet Rock can be found at the entrance of the harbour.

1837 – A new church was built. It replaced one that was built soon after the founding of the settlement, but was in a state of disrepair by 1815.

1860 – Another church was constructed in the community.

1863 – A sawmill was built at the tide head of the East River Sheet Harbour, by Demming and McFarlane, a lumber company. But, they didn’t succeed financially and dissolved a few years later.

1867 – New schools were built in Sheet Harbour and East River.

1869 – A Freemasons hall was built at Church Point.

Since the discovery of the sulphite process happened earlier in 1866, the news had traveled to William Chisholm, who was a lumber manufacturer in Halifax. Chisholm decided to test the method at the head of East River. He had 60 thousand acres (24,281 hectares, or 242 km) of woodland on the Sheet Harbour rivers. It didn’t take long before the area became a prosperous centre for the lumber industry. In fact, Sheet Harbour was home to Canada’s first sulphite mill in 1885.

The mill closed in January 1891, due to the high costs of importing sulphide from the United States. The cookhouse that was used at the mill was bought by the residents of Watt Section and was floated down the harbour to the community.

The importance of the lumber industry to the community is commemorated at the MacPhee House Community Museum.

A school was built at West River in 1903 to replace its predecessor which was destroyed in a fire. A new Freemasons hall was built in the same year, and its predecessor became a Sunday school. The first bank in Sheet Harbour, a branch of the Bank of Nova Scotia, was opened in 1921. The branch still exists, however, it is operated from a different building than the original. The second location of the bank, a two-story building, was built in 1929. The present location of the bank was built in 1959.

In 1922, a ground-wood pulp mill, owned by the American Pulp and Wrapping Paper Co. of Albany, NY, began operation on the West River at the head of the Northwest Arm of Sheet Harbour. They had purchased it from the previous owners who were a lumber company. The mill produced its first ground-wood pulp on October 5, 1925. It remained in operation until it was destroyed by Hurricane Beth in August 1971.

The first electrical lines were run into Sheet Harbour in the fall of 1925. The first line ran along the shore and was an offshoot of the line that ran to the mill, which received its power from the Ruth Falls power plant along East River. A second line was built in 1928 along the west side of the highway to provide street lighting. A lighting ceremony was held after all of the houses in the community has been wired.

The first efforts were made to establish a hospital in Sheet Harbour in the spring of 1945. The effort was sparked by Duncan MacMillan, a doctor who had been serving the Sheet Harbour area for about 20 years at the time. A meeting was held in early 1946 at the Masonic Hall in Sheet Harbour. Representatives of the Nova Scotia branch of the Canadian Red Cross were in attendance. The plan was given unanimous approval at the meeting and steps were taken to organize an official hospital board, which was incorporated in March 1946 by the Nova Scotia Legislature. An enthusiastic funding campaign was started afterward. The hospital board then engaged an architect, Leslie R. Fairn, to design the hospital. The plans called for a 21-bed Georgian style building. John Smiley was engaged as the contractor for the project and was later succeeded by Robert MacDonald.

Construction began in 1947. The total cost of construction was $170,000, with $34,000 contributed by the provincial and federal governments, while the remaining $136,000 was contributed by the residents of the Sheet Harbour area. The Eastern Shore Memorial Hospital was opened with an official ceremony on May 24, 1949 which Premier Angus L. MacDonald officiated. The Canadian Red Cross equipped the hospital and ran it as an outpost hospital from its opening until July 15, 1954. The responsibility of the hospital was then shifted to the residents of the area, and administered by the hospital board. The hospital came under the plan of the Nova Scotia Hospital Insurance Commission on January 1, 1959. It has been administered under that plan up to the present day.

The population of Sheet Harbour in 1956 was 1,073. A steel arch bridge, named the East River Bridge, was built in 1956 over the Northeast Arm. The bridge opened to traffic in December 1957. It was a green bridge which had a half-through, two-hinge type arch, as well as a built-up box-cross-section for support. The bridge was 213 metres (699 ft) in length, with a main span of 140 metres (460 ft). It spanned the Northeast Arm of Sheet Harbour, just north of the new bridge. The structure had engineering ties with the Angus L. MacDonald Bridge in Halifax.The deck carried the two lanes of Trunk 7, and was hung from the arch by vertical steel hangers. The ribs of the bridge were reinforced heavily in 1988.

Sheet Harbour Consolidated School (SHCS) was a 2-room elementary school in the community. It was built at East River in 1957, and served grades primary through six.

In the 1990s, the Government of Nova Scotia built a common user deep water dock and industrial park just west of Sheet Harbour, named the Sheet Harbour Industrial Port. It’s operated by the Halifax Port Authority. It currently ships wood chips for the pulp industry and imports wind turbine segments, which are then transported across Nova Scotia and to the rest of North America.

The port was used to service the Sable Offshore Energy Project with natural gas pipes processed at coating plant, therefore, making them suitable for placement on the ocean floor. The port is the closest marine terminal to the fields, at a distance of 240 kilometres (150 mi). It is also approximately 80 kilometers (50 mi) west of the Great Circle Route, a major shipping route between North America and Europe. The docking area is 152 metres (499 ft) long and 36.5 metres (120 ft) wide. It also has 10.3 metres (34 ft) of draft, which is connected to a concrete pad.

New Schools for the Area

From 2013 onward, a plan has been in motion for the Halifax Regional Centre For Education to close and demolish at least 2 of the 3 Duncan MacMillan High School (DMHS) feeder schools, as well as DMHS itself. They would be replaced with a larger, more modern school that will serve grades primary-12. This new school will teach about 300 students and will serve the Sheet Harbour area.

On April 26, 2016, the site for the project was chosen – the site that Duncan MacMillan High School currently occupies. A school steering team was established and is cooperating with the design team for the new school, the Halifax Regional School Board and 2 government departments for the design and planning phases. Sheet Harbour Consolidated School was closed in 2017 as a consequence of this plan.

The East River Bridge was built from 2014 through 2015 to replace its predecessor of the same name. The Nova Scotia Government had proposed minor repairs, but they decided that an entirely new bridge would be more cost-effective. The new bridge was designed, unlike its predecessor, without large, overhead steel arches, because it would have been twice as expensive to build. The new bridge was constructed on the same site as the old bridge’s predecessor which was constructed just south of the East River Bridge in 1907.

The bridge was officially opened on December 17, 2015 to pedestrians and opened the next day to traffic.

Road adjustments were made on the Sheet Harbour side of the bridge to accommodate it. Trunk 7 was aligned with what was formerly Riverside Drive, Church Point Road and Pool Road were slightly modified and the access road to Duncan MacMillan High School was slightly modified as well. Sprott Lane, a minor loop, was extended along a part of the old Trunk 7 for a few households. Shortly after the new bridge was opened, the old East River Bridge was closed and was demolished through 2016.

When it was first settled, the Mi’kmaq name for the area was Weijooik, which translates to “flowing wildly”. 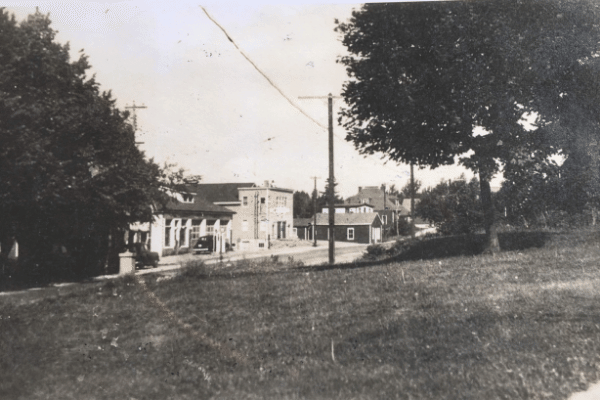 I have always had a passion for our little communities... friends and neighbours are always there to step up to the plate when one is in time if need... due to ill health, loss of a loved one or just having a bad day!

Get community updates and events in your inbox